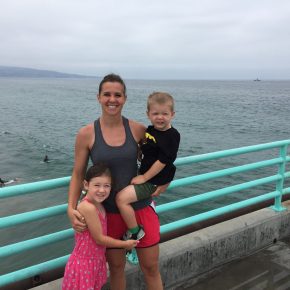 Andrea is the director of Wildlands’ CrossFit kids.

Andrea has been involved with sports and fitness since the age of 5. It started with basketball and soccer, then club soccer, high school varsity soccer, and the Olympic development team. Andrea continued her soccer career on scholarship at BIOLA University (NAIA).

After graduating from Biola in 2007, triathlons became a fun way to achieve fitness paired with competition. Andrea became a Coeur D’Alene Ironman finisher in 2010 and then went on to complete other half-marathons, sprint triathlons, and Olympic distance triathlons.

Andrea found CrossFit in 2015 and loves the way it has challenged and shaped her views of fitness and being “in shape.” To her, CrossFit takes it all to a whole new level. She just completed her level 1 CrossFit trainer certification in October 2017 as well as the CrossFit kids specialty course.