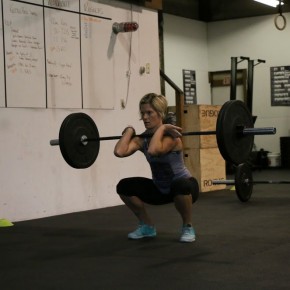 Amy is the Director of Wildland’s CrossFit Endurance program as well as a CrossFit coach. She is a mother of two beautiful children, a wife, a former elementary school teacher, and a nutrition coach as well! In addition, she has extensive athletic achievements including college softball as well as numerous accomplishments in the triathlon world.  Amy is a two time Ironman.  She has a love for health, body movement, and human relationships that she desires to share with each athlete she coaches. Amy is inspired by the individuals she coaches. They motivate, encourage, and challenge her to “be better.”She feels that there is nothing more rewarding in life than to work hard to achieve a goal. “We all have goals; my passion is to help you reach yours.”