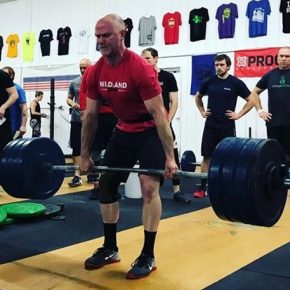 Athletics have always been a huge part of my life and some of my earliest memories are of playing sports.  I started playing soccer in Phoenix when I was 7 because I was the “small kid” and my parents wouldn’t let me play contact sports such as football or hockey (yes, there was hockey in Phoenix back in the late 70’s, and it was a game I always wanted to play).  My family moved to Southern California when I was about 10 and I continued playing soccer on the local travel team.  In high school I was the starting varsity goalie for 3 years.  It was also during high school that in addition to playing soccer I became an avid surfer.  I played a little collegiate soccer and eventually ended up playing in a semi-pro league in San Diego, all the while hitting the waves as often as possible.  An ACL injury I suffered while playing soccer eventually ended my career but it did not stop my love of sport.

At the age of 30, and after reconstructive knee surgery, I decided to pursue a lifelong dream of playing ice hockey.  I joined an adult Learn to Play program at my local rink and have been playing ever since.  I met my wife, Sylvia, in 2005 and in 2008, after my step-son graduated art school, we decided to move to Coeur d’Alene after traveling up to visit some friends.  Part of the draw to the area were the mountains.  There were numerous skiable hills much closer than the 2 ½ hours we were accustomed to in SoCal.  It was at the end of 2015 when Sylvia advised me that we were going to start doing Crossfit.  I’d really only heard about Crossfit so I decided to watch a few videos to see what I was getting in to.  I’m not going to lie, it looked intimidating.  But we took the Fundamental course at Wildland and thus began our love of Crossfit.  I honestly never thought that one day I’d be a CF-L1 Trainer or that we’d be a part of such an amazing community.  I tell people all the time that I wish Crossfit was around when I was younger.  What an amazing way to train for sports, and for life.  I currently split my days between training, coaching and working my “real job” as an insurance adjuster.

When I’m not training or coaching Crossfit, I’m playing hockey.  And when I’m not playing hockey I’m usually watching hockey.  Some of my other hobbies include hunting, skiing/snowboarding, hiking, camping and going to the rivers and lakes.  Sylvia and I also enjoy traveling and when we’re out of town we always try and drop in at a local box.  We’ve been to about half a dozen different gyms between the two of us.  It’s always so much fun to get a taste of the larger Crossfit community and it really does reinforce the fact that Crossfit is for everyone.